"Some of think it's a little crazy to be boxing at my age. I know I'm an old man but even when you're old, you want some excitement and it will keep you in good condition. If you're gonna box, you'd better be in good condition and I think I've stayed in shape."

"when I was younger, I played football and basketball. In those sports, when you get to a certain age, you can't play anymore. You can't play basketball at 75….but you can box. There's other older guys that have continued to box, so I felt like I could do it."

"I don't really much worry about getting hurt but I worry about putting on a good performance, which I felt I didn't do tonight, unfortunately, but other bouts I felt like I have done well."

"I started when I was about 18 years old and I boxed for about four or five years. I made my little comeback when I read about Masters boxing and older guys at Gleason's Gym in New York. I went there, I've boxed there at least a dozen times now since my comeback seven or eight years ago." 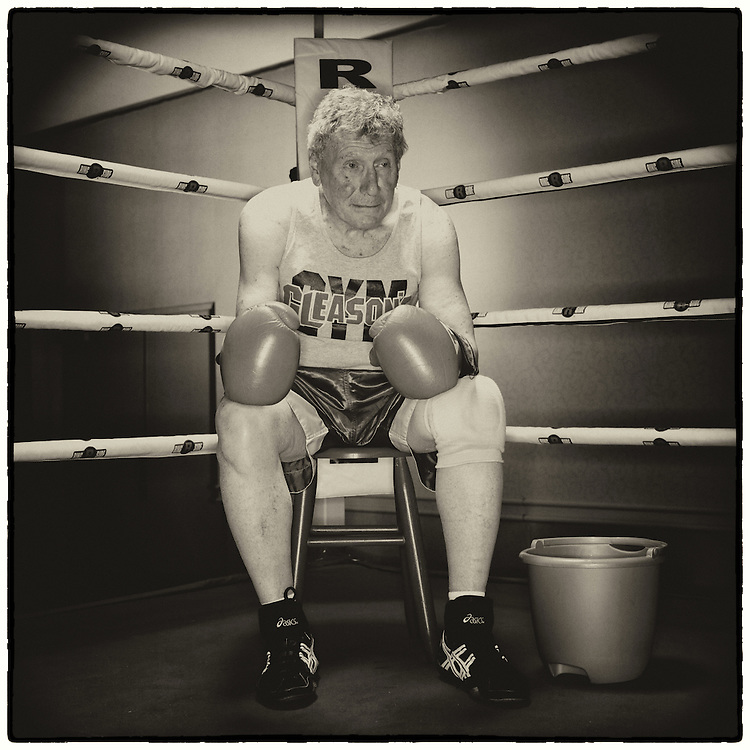